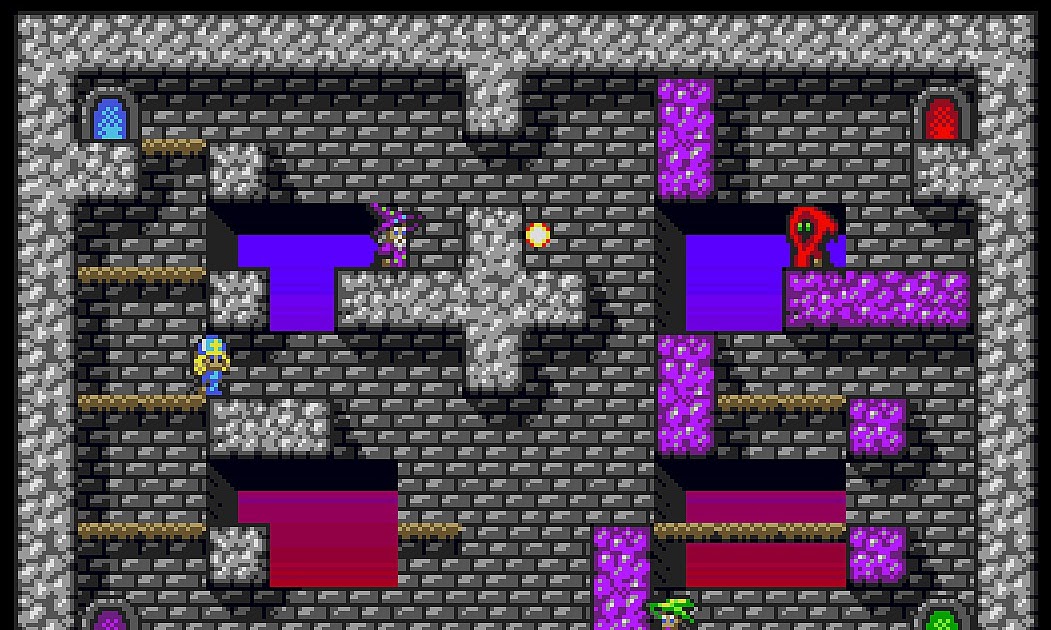 While many of you are eagerly awaiting the final release of Mixel’s upcoming Amiga game called ‘Creeping Me Out : Hex Night’; A Scorpion Engine created Action/Adventure/Platformer that doesn’t just feature complex levels, but a story, enemies and dangerous traps to keep you company. There’s another game that’s worth keeping an eye and by the same developer, and that’s WIZONK; A 4 player deathmatch wizard platformer with gameplay that’s regarded as a slight mash up of Fuzzball and Smash Bros

While the game is still at a very early stage of development, and the first video can be viewed above or linked (here). The developer has stated that not only will Wizonk be another game developed with the Scorpion Engine, but it will be worked on during his break time from his main game, game style is almost the opposite of CMOhn, will feature 4 player fun, the possibility of a 1 to 2 player campaign, hopefully targeting all 1MB Amigas, and any future additions to the game will be listed below.

Things to expect in final levels: Slippy ice blocks.. Slowing slime blocks.. Spike traps, fire and water hazards. Occasional enemies, moving platforms etc. All build around creating a hectic and funny arena for the little guys to blast and stab each other in.

Alexander Casassovici on a new form of streaming | Pocket Gamer.biz

Pre-Order Pokémon Legends: Arceus At Amazon UK To Get A SteelBook And Poké Ball Replica

‘Spelunker HD Deluxe’, ‘Badland’, and Today’s Other New Releases, Plus a...

Alexander Casassovici on a new form of streaming | Pocket Gamer.biz

This week on shut up & sit down…

ABOUT US
mygamerland.com is your Latest Games news website. We provide you with the latest breaking news and videos straight from the Gaming Industry.
Contact us: contact@mygamerland.com
Copyright © 2021 mygamerland.com | All Rights Reserved | Design By webdesinrz
MORE STORIES
Retro Gaming